On Friday 26 November 2021, by Command of Her Majesty the Queen, Her Majesty’s Lord Lieutenant of Perth and Kinross invited six local recipients to an investiture ceremony at the Salutation Hotel, Perth. 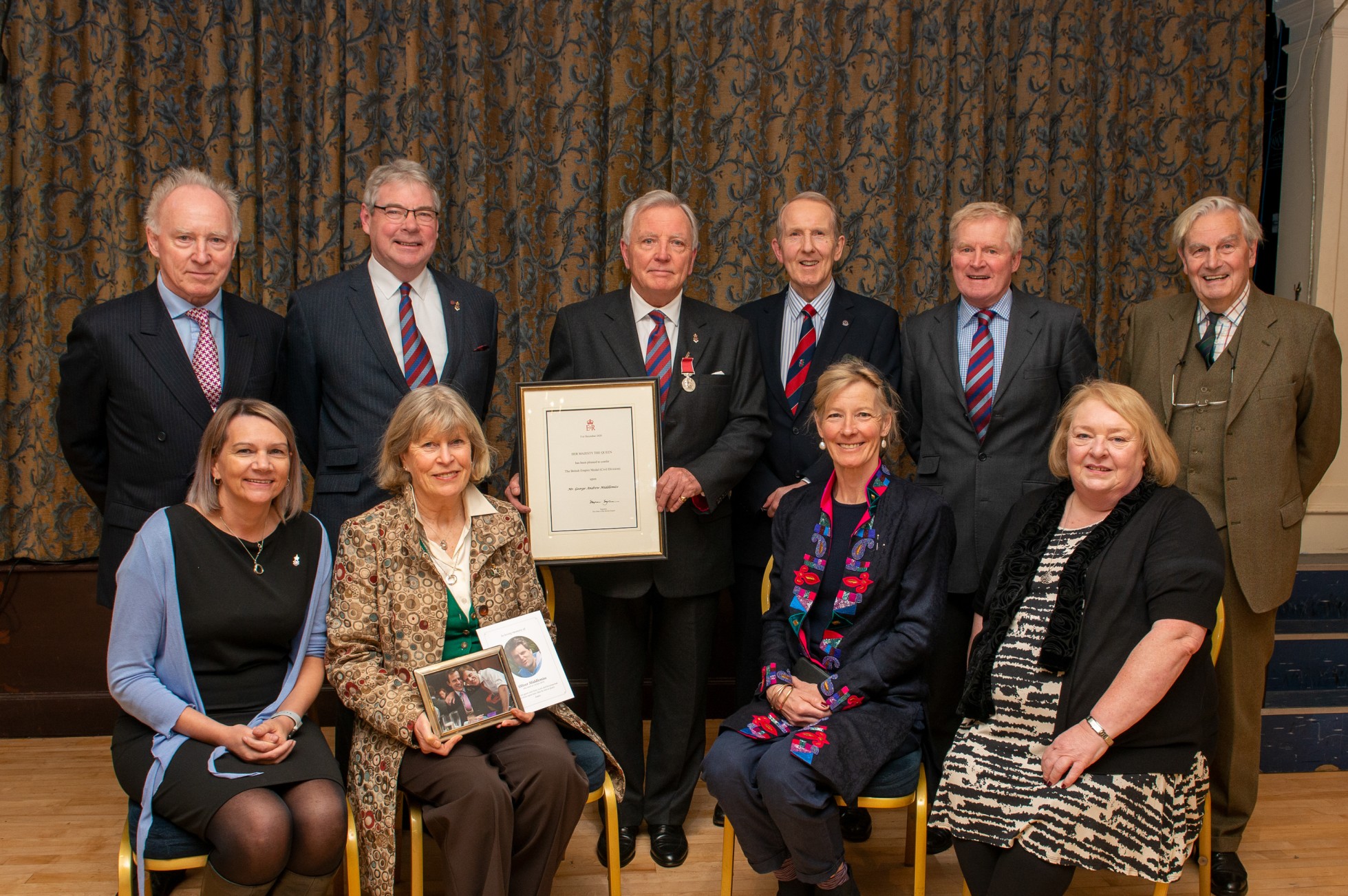 With a piper playing outside, the Provost Dennis Melloy welcomed the guests on arrival. Major Noble DL then said a few words of introduction and acted as MC for the ceremony. The Lord-Lieutenant of Perth and Kinross, Stephen Leckie, then presented the medals.

Immediately following the presentations, Provost Dennis Melloy praised the recipients for their contribution to the Community, and hosted a Civic Reception to mark the occasion.

The photos show all the recipients with the Lord Lieutenant & the Provost, a individual photo of Lieutenant Andy Colonel Middlemiss BEM DL, and a further image of Andy and his family. 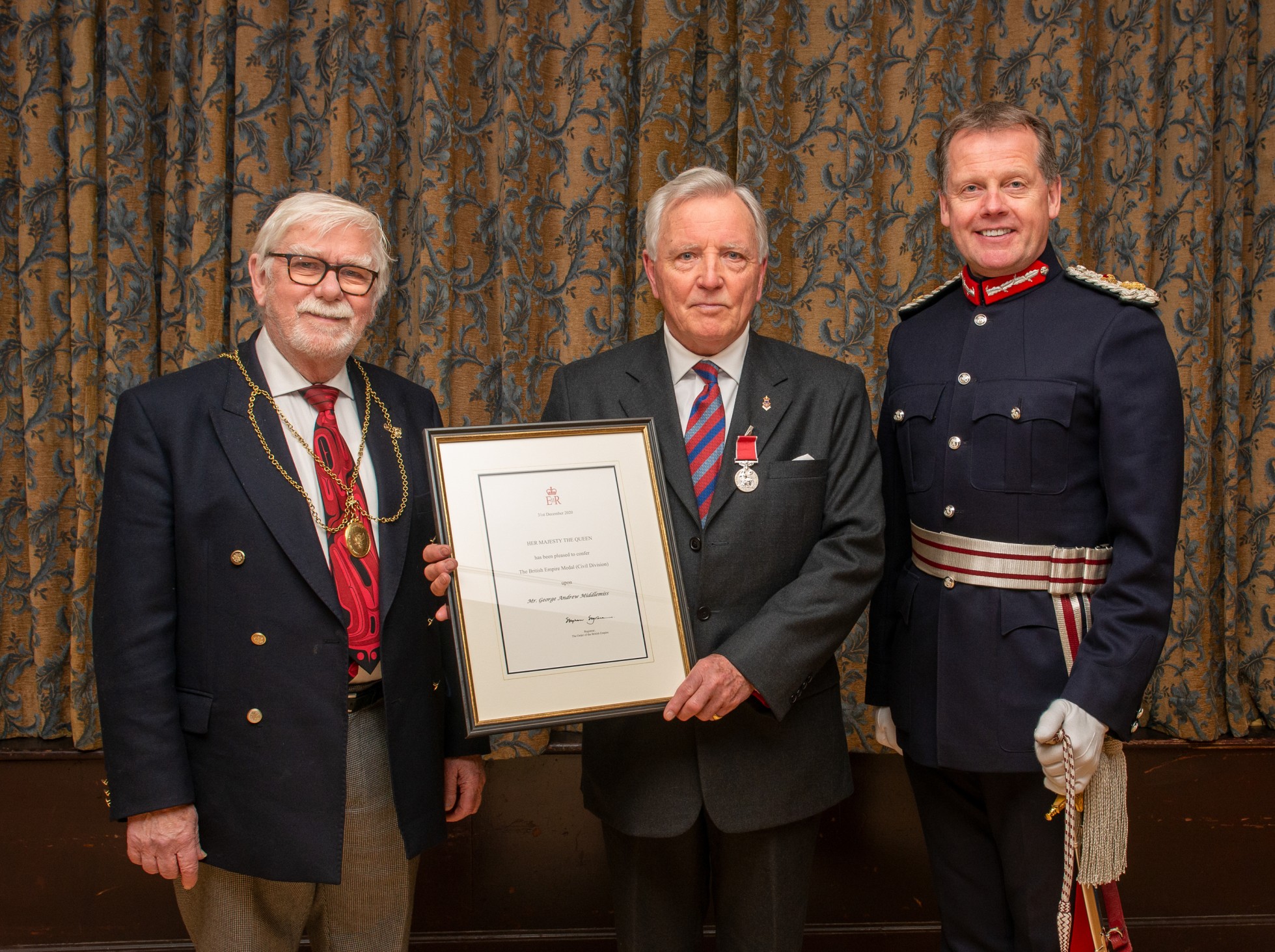 The British Empire Medal is a British and Commonwealth award for meritorious civil or military service worthy of recognition by the Crown.

The Most Excellent Order of the British Empire is a British order of chivalry, rewarding contributions to the arts and sciences, work with charitable and welfare organisations, and public service outside the civil service.