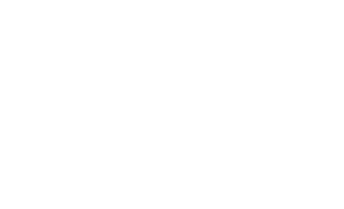 A local pet welfare champion was “lost for words” when she found out she had been chosen as one of Perth and Kinross’s unsung heroes for her outstanding civic service during the coronavirus crisis.

Deputies around the county have been working hard to discover the individuals who have got Perth and Kinross through the pandemic.

Letters were sent out across the region from St Fillans, Abernethy, Methven and Luncarty, to Alyth, Blairgowrie and the Highland Perthshire area.

They were sent to members of the police force and other emergency services to support group founders and organisers, and to shopkeepers and businesses that have gone the extra mile.

Katie McCandless-Thomas was praised for her volunteer work coordinating mass searches for pets gone missing throughout the region during the pandemic, as well as over the past eight years.

She revealed the letter meant a lot to her as the past four months have seen the highest number of missing pet accounts since she started the charity nearly a decade ago.

She said: “It was an unexpected yet lovely surprise to receive the letter in the post.

“Whoever has nominated me for this, thank you. I’m honestly lost for words that someone took the time to nominate me, and my dog Baxter, and I really am touched by their kindness.

“I want to acknowledge others who have supported me with helping Missing Pets, not only through these past difficult months but also over the years.

“[Also] my long-suffering husband Laurie who has had to put up at times with our life being interrupted due to missing dog or cat searches, but he understands and supports me knowing the importance of helping an owner in need.

“To all the friends, volunteers, groups and rescuers who have assisted in searches recently and over the years, thank you so, so much.

“This letter honestly has meant so much to me after a difficult time and I love all of you that have supported myself and Missing Pets Perth and Kinross over the years.”

He was also applauded in his letter for his work supporting NHS staff and frontline workers with discounted and free meals.

The police and fire service were also singled out for praise as well as local causes, such as the telephone box larder at Muthill and the Alyth Community Support Group.

Highland ward councillor Mike Williamson received a letter, as did Barrie Jardine, manager of Pitlochry Co-op, and the nearby Atholl Centre was also on the Lord Lieutenant’s list.

Mr Leckie said: “I wanted to recognise the good people of the county who have been doing extra special things beyond their ordinary duty.

“Many have been responding to the ever-changing and baffling new situation of coronavirus since March, setting up help networks, ensuring food and medicine gets delivered or just using their home phone to connect with and help solve other people’s problems.

“I can’t emphasise enough how nice it has been to read about each of these people, this has been a wonderful opportunity to salute them.”